Would you be willing to continue working in the business post-sale to help ensure a smooth transition? 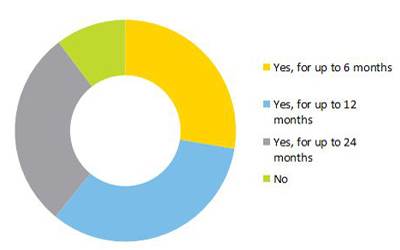 In recognition of the importance that an orderly business succession can have in maximising the sale value of a business, almost 90% of respondents indicated a willingness to continue working in the business after its sale.  The most common period was for “up to 12 months” (33.3%), with 27.6% believing that a six month period was appropriate and 28.8% willing to work for up to two years.

Given the nature of smaller businesses, one of the greatest risks faced by a potential purchaser is the risk that the success of the business is overly-dependent of the involvement of its existing owners.  While appropriate restraints in the sale agreement will provide some protection, most purchasers will account for the risk of “owner dependence” by discounting the purchase price that they will be willing to pay.  Obviously, any steps that diminish the risk perceived by the purchaser in this regard (such as the involvement of the existing owner in the post-sale operations) can deliver benefits to both the seller and the buyer.

What would you do if you sold your business today? 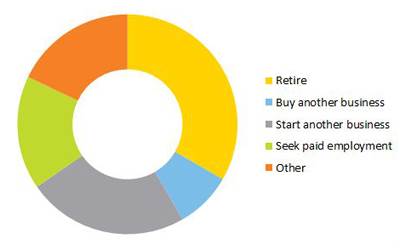 The principal reason given by owners for selling their business was retirement (33.3%).  This was not surprising given the age profile of respondents.  Interestly, and perhaps in recognition that business owners tend to be fairly active people and that retirement can span a long period, almost an equal proportion (32%) indicated that they would either seek to buy or start another business after they sold their existing business, while 16.7% would continue to seek paid employment.

A significant minority of respondents (17.9%) provided specific details of their intentions following the sale of their business.  Many of these included a period of initial retirement followed by either starting another business or seeking some form of paid employment.

The responses clearly evidence an intention on the part of a significant number of respondents to continue in productive employment following the sale of their business.

Do you believe that you have an adequately funded retirement plan? 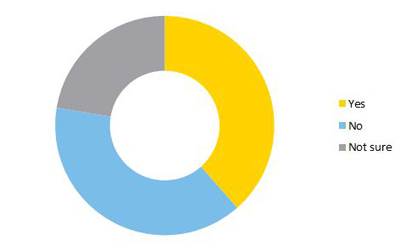 The importance of having a regularly reviewed and adequately funded retirement plan has never been higher than at the current time with economic and social changes able to materially affect the adequacy of retirement funds.

The onset of the GFC has had a direct impact on the adequacy of the retirement funds of many retirees or those nearing retirement.  The likelihood that one of more periods of economic downturn could occur within the lifetime of a person prior to retirement cannot be overlooked.

Further, other demographic and social factors will continue to affect business owners’ retirement plans.  These will include:

The response received would again indicate that current business owners have yet to fully consider and plan for their retirement notwithstanding that the time at which they expect to retire is year-by-year getting nearer.

Is your business the primary asset which will fund your retirement plan?

Significantly, and perhaps by default, business owners appear not to have totally neglected providing for their retirement.  Over 56% of respondents noted that their business was not the primary asset by which they would fund their retirement plan.  This implies that some business owners have been able to accumulate assets outside their business to the extent that they do not believe that they have “all their eggs in one basket”.

The implications of this may be that (for some) continuing to own and operate their business may not be totally incompatible with entering into a certain level of retirement over time.  For these owners, selling their business may not be a necessary pre-condition to entering retirement and pursuing their other interests.  However, as the recent GFC has evidenced, economic conditions can change quickly and significantly affect the value of retirement assets.

However, for the remaining 44% of respondents, maximising the value of their business prior to sale will have a major bearing on the quality of their retirement outcomes.