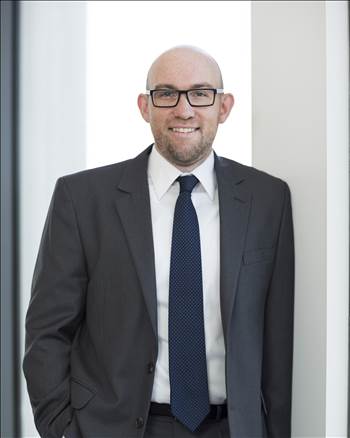 Most public awareness of share buy-backs is around their usage by listed companies, primarily as a way of returning excess capital in an attractive way to shareholders (such as SMSFs).  However, share buy-backs can also be extremely useful tools for private companies to manage their share register and provide a tax-effective means for a shareholder exit.

Do you know what the tax issues are for buy-backs in a private company?

The share buy-back process begins when a company decides to make an offer to buy back some of its own shares.  Where shareholders accept this offer, their shares are sold back to the company at which point the company immediately cancels the shares (thereby reducing the total number of shares the company has on issue).

A private company can undertake different types of buy-backs, with the 2 most common being:

The difference between the type of buy-back will generally determine the ASIC documentation requirements (such as those relating to meetings, shareholder notice periods etc).

Under a share buy-back, the proceeds received by a shareholder are split into two components, being:

Ordinarily the split is determined by the way in which the company accounts for the transaction.  Specifically, an amount debited to the company’s share capital account will be the capital component of the buy-back proceeds, with the balance of the proceeds being treated as a dividend (which is frankable).

While the split between capital and dividend components is nominated by the company, various anti-avoidance and integrity measures in the income tax laws can apply to ensure inappropriate tax benefits are not gained as a result of the buy-back.

The primary concern of the ATO around share buy-backs is the allocation between capital and dividend components.  The ATO’s particular focus is on whether the split results in an inappropriate streaming of capital or dividend amounts to the participating shareholders.

Some of the adverse tax outcomes which could be triggered if an inappropriate capital/dividend split is adopted include:

The ATO considers that there are a number of acceptable methodologies for ascertaining the capital/dividend split, although not all have equal applicability in every case.  The particular circumstances surrounding each share buy-back must be considered to determine the most appropriate methodology in each case.

Of the available methods, the ATO have indicated that the ‘Average Capital Per Share’ method is their preferred method for calculating the capital component of a buy-back for tax purposes.

The Average Capital Per Share method looks to identify the average capital for each share the company has on issue.  This average amount then forms the capital component for each of the shares bought back.

The formula for the Average Capital Per Share method is set out below:

As an example, for a company with 100 ordinary shares on issue and $200 recorded as paid-up capital, the average capital per share would be $2 (i.e. $200/100).  If a buy-back were to be undertaken for 30 of the company’s shares, the capital component of this buy-back for tax purposes would be $60 (i.e. $2 X 30).  The remaining amount of any proceeds of the buy-back would form part of the dividend component (which could be franked).

When applying this formula, adjustments may need to be made to the calculations in some circumstances, such as where companies have:

It is also important for the company to undertake the buy-back for market value consideration.  A failure to do so could result in additional amounts being assessable to the exiting shareholder (potentially in the form of an unfranked dividend).

A properly implemented share buy-back can be an effective way for a company to exit particular shareholders or return surplus funds to the shareholder group.  Although adverse tax implications can apply, these can be managed by applying methodologies recommended by the ATO when determining the capital/dividend split.

Should you have any queries in relation to share buy-backs, or you would like assistance in determining the tax implications of a share buy-back for one of your clients (or the process to follow in order to comply with ASIC requirements) please contact your local William Buck advisor.