Congratulations to Leo Tutt AM, Director and Group Leader of Audit and Assurance at William Buck, who was appointed a Member of the Order of Australia (AM) – General Division, as part of the Queen’s Birthday Honour’s list on Monday 11 June. 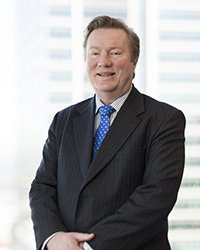 The office of his Excellency General the Honourable Sir Peter Cosgrove AK MC announced the award, citing Leo’s ‘significant service to community health, particularly to people with diabetes through administration and leadership roles, and to accounting.’

Leo has worked closely with various charitable organisations in leadership roles for almost 25 years, most notably as Chairman of Diabetes NSW & ACT and as a Director of Diabetes Australia.

Leo said he was honoured to receive the award and the opportunities he had been given to make a difference.

“I am deeply grateful for the opportunity over the years to provide meaningful service to the community, which creates a positive difference in people’s lives,” Leo said.

“It is an incredible honour to be recognised for my contribution to community health, particularly to people with diabetes. I have made it my personal mission to try and improve the health and wellbeing of those affected by diabetes,’ Leo said.

Leo was appointed Chairperson of the Board of Directors of Diabetes NSW & ACT in November 2010, having served as a Director since 2001. During this time, significant sums have been donated to research, including a single donation of $5m to University of Sydney Charles Perkins Centre.

“This is a great recognition of your many years of leadership as Chair of the Board of Diabetes NSW & ACT and as a Board Member of Diabetes Australia. Your tireless work in advocating for people with diabetes has been an inspiration to many,” The Hon. Judi Moylan said.

Sturt Eastwood, Chief Executive Officer of Diabetes NSW & ACT was thrilled at the announcement and said in the eight years he has worked closely with Leo, he had elevated the diabetes agenda.

“I am simply thrilled that his selfless contributions have been recognised in this way,” Sturt Eastwood said.

‘… his strategic leadership has consistently elevated the diabetes agenda to the ongoing and real benefit of all Australians living with, or at risk of diabetes,’ he said.

Leo’s leadership has seen him act as a strong advocate and grass-root supporter of the International Diabetes Federation’s ‘Life for a Child Program,’ which saves the lives of 18,000 children with Type 1 diabetes in 45 developing countries.

As well as the great work Leo does with Diabetes NSW & ACT and Diabetes Australia, he is also a Director of Glycemic Index Limited (GI Foundation), which raises awareness of health benefits of a low Glycemic Index Diet.

“I am sincerely thankful to my family for their wonderful support and contribution, especially my inspiring wife Sarah; as well as my William Buck Partners who have enabled me to pursue my charitable and philanthropy activities with their full backing,’ Leo said.

Nikolas Hatzistergos Chairman of the Board at William Buck says the honour was well-deserved.

“On behalf of everyone at William Buck, we are delighted to hear that Leo’s efforts in both community health and accounting have been recognised. This is an extremely well- deserved award, after many years of passionately helping people and being an expert in his field,” Nick Hatzistergos said.

“Leo’s sincere actions to improve the lives of those around him talks to the core of our purpose; it’s these qualities which our firm aspires towards, rallies around and embodies as our Changing Lives philosophy,” Nick Hatzistergos said.

Leo was also recognised for his contributions to accounting which includes over 30 years of global auditing experience and collegiate mentoring of younger team members.

Leo will attend the investiture ceremony later in the year.

William Buck is pleased to announce that Jeffrey Luckins, Director, Audit and Assurance, has been appointed as...

Mid-tier accounting firm, William Buck has accelerated its growth in Sydney through a strategic merger with Champion’s...