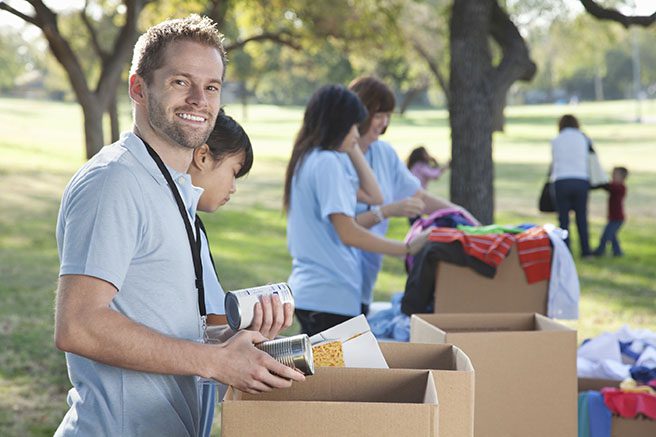 As you step into Leo Tutt AM’s office, you’re immediately welcomed with a warm sense of family and contribution to the community. With family photos and recognitions lining the walls; there’s no doubt that he prides himself on contributing to the greater good of society. This is evident in the fact that outside of his role as Group Leader of  Audit & Assurance at William Buck, Leo also dedicates considerable time as Chairman of Diabetes NSW & ACT, and as a Director of Diabetes QLD, Diabetes Australia, and the Glycemic Index Foundation.

In light of World Diabetes Day 2018-19 The Family and Diabetes, we met with Leo, to find out more about families and the future of diabetes support in Australia.

“It’s those little things – it’s just about people supporting people, through tiny gestures, and not doing it for any other reason but to help.”

As father to a son with Type 1 diabetes and having Type 1 diabetes himself, Leo empathises with the everyday struggles that many people encounter through lifelong management.

“Parents of children with diabetes naturally have lots of worries.”

“Diabetes does impact your whole family. It’s not only the individual, but everyone within the family unit who’s affected. Whether it be the family member who takes on extra care duties, or helps children deal with emotion; or one’s own feelings of helplessness for themselves or the ones they love. It’s important to reinforce that the family is a team and together they can support one another.”

Leo is quick to point out that this team extends to other ‘families’ too – such as the workplace – noting how offering support to recently diagnosed team-members can help them to establish new coping mechanisms. He also acknowledges the William Buck collegiate environment and his gratefulness for the support his partners have given him in carrying out his endeavours.

Leo says his vision is for services and support to be available to all people living with diabetes, mentioning he was surprised to learn that still today, people are discriminated against for having diabetes.

“People with Type 1 diabetes can do anything, of course they can! They play rugby, they play cricket, they’re international athletes, they’ve climbed mountains. They’ve done anything they want.”

While Leo has always held a strong personal approach to living with diabetes, he acknowledges that not everyone shares the same positive outlook, namely due to limited access to support.

Leo views this year’s theme The Family and Diabetes as a way to recognise that taking even the smallest steps to educate and provide support, while eliminating fear and stigma within smaller networks, can have transformational outcomes.

“All we need to do is share a positive message that if you work as a team, if you nurture and support each other, if you create a wonderful environment, people can lead long, fruitful lives.”

While we have come a long way in treating diabetes, it hasn’t always been this way and there is still work to be done.

Leo shared a story of Sir John Kempson Maddox, who in the early 1920’s visited Sydney’s Royal Prince Alfred Hospital as a medical student. At this time, a whole ward was devoted to caring for people dying from Type 1 diabetes. By the time Sir Kempson Maddox graduated in 1924 and went to work at RPA, that ward no longer existed – Sir Frederick Banting and Charles Best had discovered how to use Insulin to save the lives of people who would have otherwise died of diabetes.

For many, treatment has become easier. However, in 2016 it was estimated that 1.6 million lives were lost as a direct result of all forms of diabetes. Furthermore, in Australia, one person is diagnosed with diabetes every five minutes.

Leo upholds the view that while finding a cure may be the ultimate goal, what needs to remain a focus alongside this, is ensuring people of all ages who live with diabetes are helped; that they all are receiving the services and support they need, and no one faces discrimination in their daily lives.

In the pursuit of helping, Leo is especially passionate about the Life For a Child program, which has a simple, yet powerful vision:

“No child should die of diabetes.”

When asked ‘what’s next?’ for the organisations who advocate for diabetes awareness in Australia, Leo says optimisation is key. By aligning their missions and working more closely, the potential of all charitable diabetes organisations will be maximised. This synergy will have a profound impact upon their ability to effectively and efficiently provide timely support and services to the diabetes community; achieving the ultimate goal of helping people with diabetes and their families.

Leo remains hopeful for the future of diabetes support services in Australia, referencing those who work for Diabetes NSW & ACT, Diabetes QLD, Diabetes Australia, and the GI Foundation.

“They are wonderful people, who are motivated by a desire to truly do good.”

Held every year on November 14, World Diabetes Day aims to promote advocacy efforts of the International Diabetes Foundation, and the importance of taking action to confront diabetes on a global scale. To find out more, visit https://www.worlddiabetesday.org/.