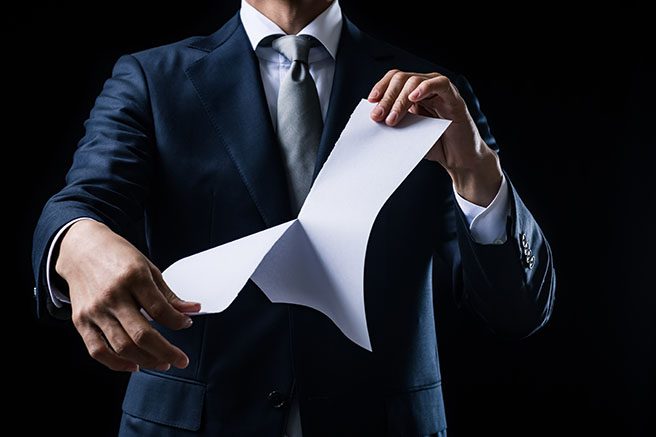 Insolvent Trading: the consequences for directors

Insolvent trading refers to a business continuing to trade, despite being insolvent. Insolvency occurs when a company is unable to pay its debts as and when they fall due.

Directors have a duty to prevent incurring further debt whilst the company is insolvent and can be held personally liable by a liquidator (and sometimes by the Australian Securities and Investments Commission) for any debts incurred.

In addition to being held personally liable, directors may face civil and criminal penalties if found to have breached their duty to prevent insolvent trading including significant fines (up to $200,000), imprisonment and disqualification as a company director.

A research paper Insolvent Trading in Australia: A Study of Court Judgments from 2004 to 2017 (Steele, Stacey and Ramsay, Ian) studying judgments for cases from 2004 to 2017, involving the director’s duty for insolvent trading, found that directors were found liable in 72% of the judgments.

Almost 60% of compensation orders made against directors were for less than $500,000, but about one third of judgments involved compensation orders of over $1 million. It should be borne in mind, that in addition to the compensation orders, the directors will have been subjected to considerable emotional stress throughout the extended process, and significant court and legal costs, as well as having to personally pay the liquidator’s costs.

Historically, insolvent trading cases were few and far between due to limited funding options for liquidators. But the past few years has seen a rise in cases due to the surge of litigation funders seeking to invest in such claims. In addition, government bodies such as the Australian Securities Investments Commission (ASIC), via its Assetless Administration Fund, the Attorney General’s Department (who represents the interests of employee claims) and the Australian Taxation Office, have been actively involved in funding such cases. Also, liquidators can seek funding directly from creditors, and creditors are showing a greater appetite to provide funding. As part of recent legislative changes, liquidators can sell claims to third parties who are better funded to pursue the directors.

We have also noticed a substantial increase in prosecutions against directors over the course of the past few years from our review of ASIC media releases. In the media releases we noticed that ASIC has also taken action against directors for breaches in their duties to prevent insolvent trading. Actions against those directors included both civil and criminal penalties, disqualification from managing corporations and judgments made against them personally.

It is more important than ever that directors become aware of their duties to prevent insolvent trading as lack of awareness is no defence and is rather seen as negligence.

Australia’s insolvency law reforms in 2017 led to the introduction of a Safe Harbour for directors’ personal liability for breach of their duty to prevent insolvent trading. Directors seeking to access the Safe Harbour provisions must meet certain eligibility criteria, including taking action to better the position of the company by seeking advice from a qualified advisor (i.e. an insolvency expert) and following an action plan (Section 588GA, Corporations Act 2001), to effectively reduce personal liability.

Directors of company’s facing financial distress, or who have any concerns on the ability of the company to pay its debts or exhibiting any of the warning signs of insolvency should seriously consider engaging a Safe Harbour advisor or risk exposing themselves to prosecution for insolvent trading and breach of director’s duties by ASIC and / or a liquidator.