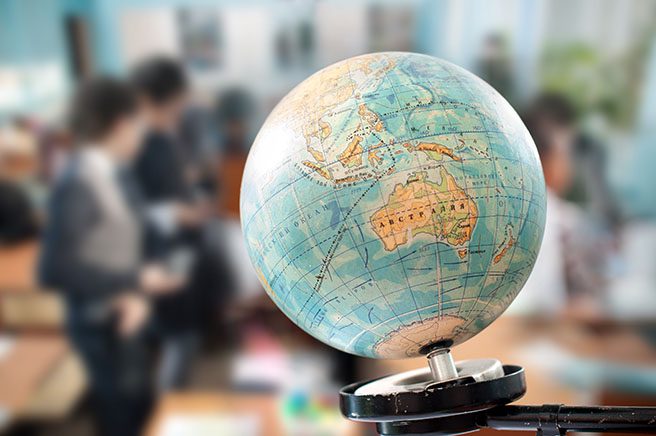 The Australian transfer pricing rules have been comprehensively overhauled for the first time in 30 years.

The new rules apply for the first income year commencing on or after 1 July 2013.

The new rules provide the Australian Taxation Office (ATO) with broader powers to notionally reconstruct the financial results of a taxpayer and provide a legislative basis for applying profit based approaches to calculate transfer pricing adjustments.

Under the new rules, Company Public Officers must now assess compliance with transfer pricing prior to signing a tax return.  There is a seven year period during which the ATO can make transfer pricing adjustments.

The enactment of the new transfer pricing rules has taken place against a backdrop of significantly increased focus on cross border profit shifting.  The new rules form part of a package of legislation which highlights the Government’s focus on transfer pricing as a key tax area of revenue leakage.

The aim of the new provisions is to modernise Australia’s transfer pricing rules and better align them with international standards.  Organisation for Economic Co-operation and Development (OECD) guidelines are now formally incorporated into how the Australian domestic laws are to be applied.

All multinationals operating in Australia will be impacted by the new rules.

The new rules apply where an entity obtains a ‘transfer pricing benefit’.  Broadly, this arises when an entity receives a tax advantage in Australia because of the operation of non-arm’s length conditions.

Where this is the case, specific reconstruction provisions allow actual transactions to be disregarded and substituted with what would be arm’s length conditions.  This provides the ATO with increased power to reconstruct or unwind transactions and can make the proper documentation of intercompany arrangements (through formal contracts, loan agreements, etc.) even more important.

The new rules apply to income years commencing on or after 1 July 2013.

The new rules are, in part, a response to a recent loss by the Australian Tax Commissioner in the Federal Court case of Commissioner of Taxation vs SNF (Australia) Pty Ltd 2011.  In that case, the court found against the Tax Commissioner and held that the mere existence of ongoing losses in an Australian subsidiary will not necessarily mean that the price paid for products purchased from international related parties is not at arm’s length.

In this case the courts held that a transfer pricing method focused on the price paid for individual transactions was the most appropriate for the taxpayer’s circumstances.  The new legislation will allow the ATO to challenge the pricing of individual transactions where the overall result achieved by the taxpayer is not commercial. The focus on arm’s length profit is a key differentiator in the new rules.

Under Australia’s self-assessment regime, Public Officers are now obligated to determine their businesses’ compliance with transfer pricing prior to signing the tax return.  Adjustments will be expected to be made where non-compliance with the rules has led to lower taxable income in Australia.

In addition to penalties on the company in the event of non-compliance, Public Officers can be held personally liable for false or misleading information.

It is likely that most Public Officers will (or should) be seeking that the business prepare a minimum level of transfer pricing documentation to substantiate the position taken in the tax return.

In practice this will mean that preparation of transfer pricing documentation is effectively compulsory for taxpayers with a material level of international related party dealings.

International dealings of more than $2 million

Taxpayers with international related party dealings of more than $2m per year need to lodge an International Dealings Schedule (IDS) with their annual income tax return.

With the IDS, the ATO is better able to assess the transfer pricing risk of each taxpayer. Armed with this information, the ATO is performing increased data matching that will allow it to undertake more targeted and focused compliance activities.

Loss making entities in Australia have recently come under increased scrutiny, and these provisions have been drafted in a way that may allow the ATO to treat the incurrence of losses as evidence of the existence of non-arm’s length conditions.

Given the reconstruction powers under the new rules and the focus on profits based methods, there is an urgent need to consider transfer pricing documentation and outline the commercial rationale of continuing low profits or losses.

Use of global documentation

Multinational companies that have a centralised approach to preparing transfer pricing documentation need to assess the impact of the new rules.

Whilst, a centralised transfer pricing report may be acceptable, it is important that it is signed off as being reviewed from an Australian perspective and maintained on the Australian tax files of the company.  If this is not done, it is likely that the contemporaneous documentation requirements will not be met, the taxpayer will have penalty exposures and the Public Officer will be in breach of his/her obligations when signing the return.

Business restructures continue to be an area of focus.   If a restructure was undertaken in the financial year, specific disclosure is required on the tax return

This situation frequently occurs where regional hubs are created.  The creation of regional hubs is becoming increasingly common for multinationals.  This typically involves establishing a regional hub in a low tax jurisdiction and converting local manufacturing and distribution business into service providers or limited risk operations.

It will be important to question whether independent parties operating in comparable circumstances would have entered into the restructure.  This will involve a consideration of the pricing of the restructure (in relation to any transfers and ongoing charges) and the terms and conditions.

As a minimum, there would need to be a documented business case for the restructure showing how the Australian entity benefits.

Under the new rules there is a requirement that the interest rate and the terms and conditions of related party loans are consistent with what would have been available to an independent party.

All Australian taxpayers with international related party dealings should reassess their transfer pricing policies and level of documentation in light of the new rules.

For further information or assistance please contact your local advisor.

Applications are now open for Round 2 of AusTrade’s revamped Export Market Development Grant (EMDG) scheme, for...

How can I prepare my business for increased ATO audit activity and tighter tax rules?

To boost tax collections and reduce an estimated budget deficit of near $80bn, we expect the new...