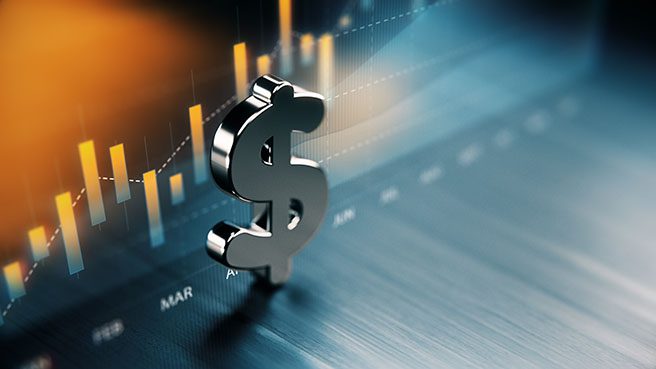 The following commentary is attributed from Greg Travers, Director of Tax Services and Head of the Network Tax Group at William Buck.

Experts say taxation of private companies in Australia is set for a major shakeup after the Treasury released a consultation paper on changes to Division 7A.

Greg Travers Director of Tax Services at William Buck Chartered Accountants and Advisors says the significant changes to the anti-avoidance measure are aimed at fixing the failings of the current Division 7A, raised in the Board Taxation report.

The proposed changes will affect any private groups with a company that makes any loans to shareholders or their associates, other than where those loans are repaid in the same year in which they are made.

Travers, who will be involved in the consultation process ending 21 November 2018, says planning for the changes ahead of the implementation is important and will depend on your individual circumstances.

“The best outcomes will be achieved by planning for the change well ahead of its 1 July 2019 implementation,” says Travers.

Division 7A is essentially an anti-avoidance measure aimed at preventing shareholders in private companies from accessing funds in the companies and using them for their own purposes, without paying the top-up tax (the tax differential between the personal marginal tax rate and the company tax rate).

“With a personal tax system based on progressive tax rates, and a lowering of the company tax rate for SME businesses, the tax differential is becoming increasingly significant. This increases the motivation for tax planning – and tax avoidance – and hence having a strong mechanism like Division 7A is key to that proper function of the tax system,” says Travers.

“Except that Division 7A is not working how it was intended to. Division 7A is overly complex, which can lead to poor compliance levels. It also catches situations that aren’t within the intended scope of the provisions and fails to catch situations that should be caught. These failings were clearly acknowledged in the Board of Taxation report,” says Travers.

“There will be some pain in moving from a 25-year loan term to a 10-year loan term, but overall these changes should simplify the rules and improve compliance,” says Travers. “A key issue for consultation is whether the transitional measures for 25-year loans are sufficient.”

“The policy rationale for the change is clear – it puts all private company shareholders on the same footing. However, this could have a significant financial impact on some taxpayers and will need good pre-planning. There is likely to be an additional two-year transitional period for these loans, but that is not going to stop this change being very painful for private groups” says Travers.

The confusion around unpaid present entitlements (UPEs) will be addressed by treating UPEs as loans subject to the same 10-year loan arrangements as all other loans. This treatment will apply to all UPEs arising after December 2009, being when the ATO changed its interpretation of the existing laws. Transitional measures will be introduced for UPEs that have been put under sub-trust arrangements. UPEs arising before December 2009 may come within the new rules – this is still to be determined. “Given that old loans will be brought within Division 7A as part of these changes, it seems unlikely that old UPEs will be allowed to remain outside of the system” say Travers.

It is proposed that interest would be charged on the opening balance of the loan, such that the timing of repayments made during the year would not affect the calculation of the interest charge.

“The rationale for the change is that it would simplify compliance, but it is questionable that such an uncommercial outcome is an appropriate price to pay for a simpler interest calculation,” says Travers.

“Unfortunately, the distributable surplus concept proved a poor proxy for profits and was open to potential abuse. Under the new rules, a deemed dividend will arise for the economic value received by the shareholder or their associate regardless of the underlying financial position of the private company,” says Travers.

It is also proposed the amended provisions will include a significantly enhanced self-correction mechanism, enabling taxpayers to fix up past Division 7A mistakes without having to engage with the ATO.

“This would be a welcome change given the overly restrictive nature of the existing correction mechanism,” says Travers.

A range of other changes are also proposed to address anomalies in the existing provisions and tighten perceive deficiencies. A notable change is to the period during which the ATO can amend tax returns to address Division 7A issues. This will be extended from the current 4 years to 14 years, being the 10-year loan term plus 4 years.

“It is going to be all the more important to ensure that Division 7A issues are identified and dealt with,” says Travers.

These changes will affect any private groups with a company that makes any loans to shareholders or their associates, other than where those loans are repaid in the same year in which they are made.

“For some private groups, the focus should be on reviewing existing strategies. For example, a private company may advance funds to a shareholder during the year and clear the loan with a dividend in the following year. If the change to the way interest is charge on Division 7A loans is made, this strategy may cease to be financially effective. Businesses or assets, in particular those in trusts, that are financed through UPEs or corporate beneficiary strategies will need to find a new approach to funding,” says Travers.

“For other private groups these changes could have substantial financial impacts. Older group with loans that pre-date Division 7A, or UPEs that pre-date the change in ATO policy, will need to focus on how these loans can be refinanced or repaid. Where the funds have been applied for private purposes, which is not uncommon, this could be particularly problematic.  A further issue will be for groups with 25-year loans, especially where these loans have only recently been entered into and so have a long remaining term,” he says.

“The right actions to take will depend on the actual circumstances of the private group. For some, there will be planning opportunities and effective ways to deal with past issues. For others, the necessary approach will be more defensive, trying to minimise the adverse impact of these changes. In all instances though, the best outcomes will be achieved by planning for the change well ahead of its 1 July 2019 implementation,’ he says.