Insights The top 3 things on an SMSFs mind 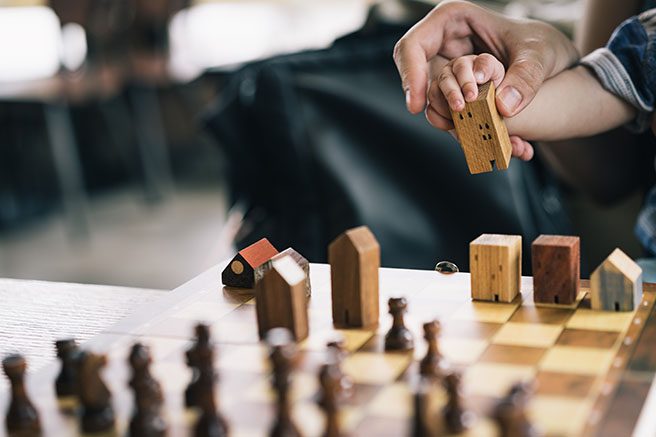 The top 3 things on an SMSFs mind

With small changes announced in the Budget and the release of the Draft productivity report into superannuation, superannuation has certainly been under the spotlight recently, particularly for self-managed super funds. We asked some of our experts to provide us with their insight into the three top questions affecting SMSFs right now.

1) Should I extend my SMSF membership to allow for five or six members?

From 1 July 2019, the maximum number of members allowed in a self-managed fund will increase from 4 to 6 individuals.

Rebecca Rossi, Director of Superannuation Services at William Buck says when it comes to deciding if you should utilise this new rule, it’s important to seek advice, as each circumstance is different.

“There are a number of requirements that need to be considered when forming a member group. While it can be a great way to pool your assets, having more members can create greater administrative complexity and sometimes means less risk investment decisions, which affects overall investment outcomes. However, the economies of scale and pooling of assets can make SMSFs more accessible giving a greater number of Australian’s control over their Superannuation,” Rebecca says.

“Another consideration is intergenerational wealth, in that each member may be at a different stage of their life – for example a younger person may want to make more aggressive investments to drive growth, but older members may want to have a reliable and steady source of income.,” Rebecca says.

There will likely be an increase in the number of SMSFs who segregate for investment purposes.

“Decentralisation could also have unwelcome outcomes, with the potential for children outvoting their parents on investments, estate planning and other fund matters,”

It’s a good idea to talk through your plans and come to an agreement before you consider this rule.

“It is important from an administration perspective to remember that all members of an SMSF also need to be Trustees. If the Fund has Individual Trustee’s the more members the Fund has, the greater the potential cost and paperwork involved if there are Member changes for example a member decides to leave. For these Funds with 6 members, it is arguable that they should only have Corporate Trustees especially considering that ATO administrative penalties are on a per Trustee basis which can be significant if you have 6 Individual Trustees,”

2) Is $1 million dollars the optimal starting point for an SMSF?

A recent draft report released by the productivity Commission revealed that self-managed superannuation funds with lower balances performed ‘significantly worse’ than institutional funds because investment returns are eroded by high costs and that the optimal starting amount for a SMSF is’ $1 million.

So, should SMSF holders with a balance lower than $1 million, worry about their investments?

Adrian Frinsdorf Director Wealth Advisory, says in his personal view, there is no optimal starting amount and a well-advised fund can produce much higher returns than an institutional fund, which outweigh the higher costs involved.

Furthermore, Frinsdorf says that these statistics don’t specify if these returns are advised SMSFs or non-advised SMSFs.

“I think if you broke down those numbers to the non-advised and advised funds, those returns would be dramatically different,” Frinsdorf says.

“Over the past few years internationally diverse SMSF’s have performed very strongly. A lot of the time, self-directed super funds have a very low level of international investment and that is predominately, in my experience non-advised clients,” Frinsdorf says.

“Self-directed funds generally don’t have diversified portfolios, many are chasing franked dividends or they have specific property assets pertaining to their own personal circumstances,” Frinsdorf says.

“Our clients have a diverse portfolio which utilises both domestic and international investments, including a range of alternative assets,” Frinsdorf says.

“Many times, self-directed advice SMSF’s are set up for a specific purpose.  As an example, they may own a business asset or alternatively the client may be extremely risk adverse and have only cash and term deposits. This may actually suit the client and be the overall control and result that they are seeking,” Frinsdorf says

“People want more control, they want flexibility and often they want to invest in direct property, which you can’t have in other types of superfunds.”

With most retail super funds, you don’t really know where your money is going, you just choose an investment option. With an SMSF you have a lot more transparency and a lot more choice and I think that’s the reason why people have SMSF,” Williamson says.

“Returns are based around what type of risk profile you want to take over the longer term. If your very defensive, you won’t get the higher returns on average, because you don’t take so much risk. With higher risk, you potentially have higher returns, however, you take on a lot more risk,” Williamson says.

3) What do the changes in audit cycles mean for SMSF clients?

Under new measures, effective 1 July 2019, self-managed super funds with a good compliance history (tax returns and audit) and who have lodged on time over the past three years can reduce their compulsory yearly SMSF audits to every three years – instead of the current annual audit requirement.

This announcement had auditors raise concerns of serious non-compliance issues and that the changes may affect the livelihood of the sector.

Principal of Superannuation Services Charis Liew at William Buck, says the auditor’s concerns are warranted and the ATO will need to release clear guidance and await new government legislation on how these measures will work.
“There is not enough in the budget papers to outline what the nitty gritty details of what the law will look like. There is a lot of misinterpretation out there at the moment about what the measure entails,” says Charis.

However, since the release of the proposed measure, the Australian Taxation Office has confirmed that eligible self-managed super funds that opt in to the three-year audit cycle will still require the audit to cover the three-year window.

Charis says from a client’s perspective, this is great news.

“From a compliant client’s perspective, these new measures are great news.”

“This is a real win for clients who will be rewarded for good behaviour If their funds are clean.
There is always a risk that these measures give trustees the authority to do the wrong thing for three years, however the likelihood is very low,”

Charis says the premise of the rule is that those who do the right thing will be rewarded.

“Presumably, if they do the wrong thing, they would go back to one year audits and trustees would be exposed to even greater ATO scrutiny.”