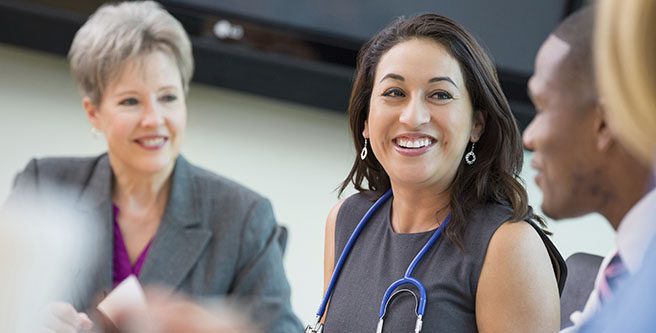 Better access to low cost, high quality medicinal cannabis will improve our health, and the Federal Government wants to make it happen.

This was a key takeaway from Anspec CEO Peter Comerford’s presentation at the William Buck, Westpac, HWL Ebsworth Healthcare Innovation Lunch in Sydney last December. He was joined by Dr. Lyle Oberg, Chief Policy and Medical Officer at Flowr, and Barry Lambert, Chairman of Ecofibre Ltd. The theme was Innovation and the Emergence of the Cannabis/Cannabinoid Sector.

“Twice publicly the Prime Minister has said that the medicinal cannabis industry is a really important industry and is a project of major significance in Australia,” said Peter.

As a CEO with 32 years’ experience leading large hospitals and healthcare organisations, Peter is well armed to make such a statement.

While he doesn’t believe that will happen, he says we can be a big exporter in the region.

Sydney businessman and rich-lister Barry Lambert agrees. “It won’t happen because it’s too expensive and the regulations around growing in Australia are unworkable.”

Barry, who now chairs industrial hemp specialist Ecofibre Ltd, became involved in the industry after his granddaughter Katelyn responded positively to medicinal cannabis in 2014 when she was treated for Dravet Sydnrome, a gene mutation that causes frequent seizures with the potential to cause lasting brain damage or fatality.

Long story short, Barry Lambert donated $33.7 million to Sydney University for research into the therapeutic potential of cannabinoids and invested in the now ASX-listed industrial hemp specialist Ecofibre Ltd, which William Buck assisted with its IPO launch in March 2019.

But even as a well-known businessman and stark advocate for the health benefits of cannabinoids, Barry hasn’t always received the same positive response from the government as Peter.

It was 2014 when the Lambert’s first treated Katelyn with a hemp extract and medicinal cannabis was still illegal. He sought approval for the drug and was met with a resounding no.

“We need to educate the regulators,” said Barry, adding that the process of prescribing the product had improved since 2014, but is still problematic.

Under the Therapeutic Goods Association’s (TGA’s) Special Access scheme, medical practitioners can apply for the product on a patient-by-patient basis to the TGA and the Health Department of the relevant State or Territory. Detail of the patient’s illness is required as is information on the proposed drug including its composition, dosage, and potential adverse effects.

The Royal Australian College of General Practitioners has called the process “highly bureaucratic, time consuming and expensive”. The best solution, according to the College, is to develop and implement a national regulatory framework.

Peter said the process needs to improve so more patients can access medicine that “reduces health budgets, improves health, and has the potential to bring money to Australia.”

Lyle, a medical doctor and former conservative politician in Canada, joined the cannabis crusade after a number of “very credible, intelligent people” approached him as advocates. He then looked into the abundance of anecdotal evidence around its health benefits and was sold.

He told guests at William Buck’s Healthcare Innovation lunch that Australia is in a good position to learn from the mistakes of Canada, which legalised cannabis for medicinal use in 2001 and for recreational use last year.

Where Canada went wrong, explained Lyle, is in how it was distributing medical cannabis. While doctors and patients weren’t faced with the regulatory impediments that they are in Australia, actual access to the product was limited.

“It needed to be behind the counter in pharmacies. This is an absolute essential. We need to treat it like a medicine as opposed to anything else,” said Lyle, adding that medicinal cannabis use has had “tremendous, tremendous results” in Canada.

Canada still has a significant black market, he explains, and people are purchasing product without knowing if it contains heavy metals or other dangerous materials.

As former Alberta Finance Minister, Lyle has also seen first-hand the amount of money that can be lost to the black market in cannabis, which he believes is a direct result of a lack of access.

While Peter, Barry and Lyle are focused on different strategies to improve access, that each is a true advocate for this highly effective drug is undeniable. And the unlikely advocates will continue to spearhead the campaign to remove barriers to this rapidly evolving industry.