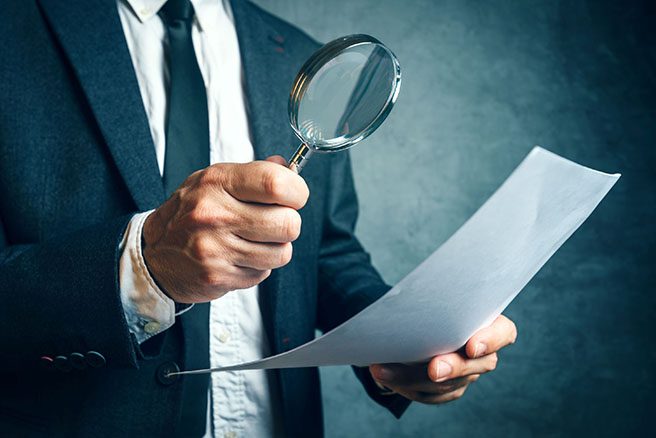 Raise funds within the law

While the ACNC does not regulate fundraising, the commission considers that the way charities conduct it is a crucial aspect of good governance. Practices must comply with governance standards.

ACNC believes appeals and fundraising campaigns are a significant part of the sector’s engagement with the community and must be conducted in ways that maintain and enhance public confidence., it believes.

Regardless of whether donations are sought in person or online, the manner of the approach must comply with relevant state and territory fundraising laws, be in the best interests of a charity, and meet community expectations.

A charity should have policies and procedures to address a range of pertinent matters, such as:

They must also ensure that money raised, less reasonable expenses, is put towards pursuing the charity’s purpose.

Donations may be used only for activities that advance charitable purposes.

Regardless of the way fundraising is conducted, a charity’s board and responsible persons are accountable.

Each state and territory has its own regulations and it’s important for charities to understand these regulations. Different regulations apply to different types of charities. Some charities, for example, may offer donors a tax-deductible receipt but others are not eligible to do so.

The NSW branch of The Royal Society for the Prevention of Cruelty to Animals will back-pay staff more than $220,000 under an enforceable undertaking with the Fair Work Ombudsman.

The workplace regulator began investigating the not-for-profit animal-welfare organisation in 2019 after RSPCA NSW publicly acknowledged that it had underpaid workers. It became aware of the underpayment after being prompted by a query from an employee.

Between 2011 and 2020, current and former RSPCA NSW employees were underpaid a range of allowances and entitlements, including annual leave, public-holiday entitlements, Christmas bonuses, and superannuation.

Individual back-payments range from less than $2 to more than $7000. The undertaking requires the organisation to back-pay entitlements within 60 days.

Fair Work Ombudsman Sandra Parker said that the undertaking was appropriate because RSPCA workers had been underpaid for almost 10 years.

“[…] RSPCA NSW has committed to implementing stringent measures to ensure workers are being paid correctly. These measures include engaging, at the company’s own cost, audits of its compliance with workplace laws over the next three years,” Ms Parker said.

‘The underpayments were the result of payroll errors and RSPCA NSW not having adequate payment systems and governance processes in place. This matter demonstrates how important it is for employers to place a high priority on workplace compliance and to perform regular payroll checks.

“Any employer who needs help meeting their lawful obligations to their employees should contact the Fair Work Ombudsman for free advice and assistance,” Ms Parker said.

RSPCA NSW is required to display workplace notices detailing its breaches, apologise to workers, commission workplace-relations training for payroll and human-resources staff, commission an independent organisation to operate a hotline for employees for three months, and provide evidence that it has developed systems to ensure future compliance.

Aboriginal Hostels Limited has back-paid staff more than $2.7 million after entering into an enforceable undertaking with the Fair Work Ombudsman.

Aboriginal Hostels, a federal-government organisation, operates 45 hostels across Australia. It provides accommodation for indigenous Australians who need to be away from home to access education, employment, health, and other services.

The organisation self-reported underpayments to the Fair Work Ombudsman in March last year.

After being prompted by a pay query from an employee, Aboriginal Hostels commissioned an audit and discovered that it had failed to ensure its lowest-classification employees received minimum pay rates and entitlements.

In total, Aboriginal Hostels has back-paid 687 current and former employees more than $2.7 million (including interest and superannuation). Individual back-payments ranged from $3 to more than $37,000.

Fair Work Ombudsman Sandra Parker said the underpayments were the result of Aboriginal Hostels not having adequate payment systems.

“Under the enforceable undertaking, Aboriginal Hostels has committed to implementing stringent measures to protect the rights of its workforce. [They are] developing systems and processes for ensuring compliance in future and engaging an independent auditor to conduct two audits of [the organisation’s] compliance with workplace laws,” Ms Parker said.

“This matter demonstrates how important it is for employers to perform regular payroll checks and be aware of every lawful entitlement they must pay their employees. Any employer who needs assistance meeting their lawful obligations should contact the Fair Work Ombudsman.”

Under the EU, Aboriginal Hostels is required to display workplace and online notices detailing its breaches, apologise to workers, commission workplace-relations training for relevant staff, and commission an independent organisation to operate for a year a hotline for employees.

The Fair Work Commission announced on 16 June a 2.5 per cent increase to the national minimum wage following its annual review. This increase applies from the first full pay period starting on or after 1 July.

Employees covered by awards will also have base rates increased by 2.5%, the increases beginning on different dates for different groups of awards.

Casual employees that the national minimum wage applies to must receive a minimum $25.41 an hour, including their 25% casual loading.

Most award wages increased from 1 July with the following exceptions:

Employees covered by awards will have their base-rate increase from the first full pay period starting on or after the relevant date.

On 1 July, it became a crime for an employer in Victoria to deliberately underpay employees or dishonestly withhold employee entitlements.

Wage-theft offences involve deliberate and dishonest conduct. Honest mistakes made by employers who exercise due diligence in paying wages and entitlements are not included.

It becomes a crime for an employer in Victoria to:

Wage Inspectorate Victoria will educate businesses and workers about their rights and obligations, investigate wage theft, prosecute offenders, and respond to reports and tip-offs about wage theft.

The super-guarantee rate rose on 1 July from 9.5 to 10%. Entities will need to ensure that payroll and accounting systems are updated to incorporate the increase.

The super rate is scheduled to progressively increase to 12% by July 2025.

Funds must meet respective ancillary-fund guidelines, and failure to comply might mean penalties.

Coffs Harbour woman Yvonne Hall has been sentenced to 16 months’ jail for misappropriating close to $148,000 as secretary of the Pozieres Remembrance Association, a charity that sold bricks to raise money for an Australian war memorial in France.

Ms Hall will serve an intensive-correction order of 100 hours of community service.

The association was formed in 2010 to commemorate Australian soldiers who died in World War I’s Pozieres battle. Fifty-dollar commemorative bricks to build a memorial garden were sold from 2014.

NSW Fair Trading executive director of investigations and enforcement Valerie Griswold said that the department began looking into the association and Ms Hall after receiving complaints from brick purchasers concerned about the memorial’s lack of progress.

“When Fair Trading became aware of the discrepancies, we launched an investigation that found that as of 3 July 2019 […] 4259 bricks had been sold totalling $212,950, and this was discounting any funds the association had raised […] aside from the bricks,” Ms Griswold said.

Fair Trading found that between June 2012 and April 2019 Ms Hall had made 151 transfers totalling $148,966 from the association’s bank accounts to her and her partner’s accounts.

She had claimed that association money had been spent on personal items only a “couple of times”. A wrong credit card might have been involved.

Ms Hall was ordered to repay the association the outstanding amount.

In April, Ms Hall pleaded guilty to two charges of obtaining financial advantage and one charge of using false documentation.