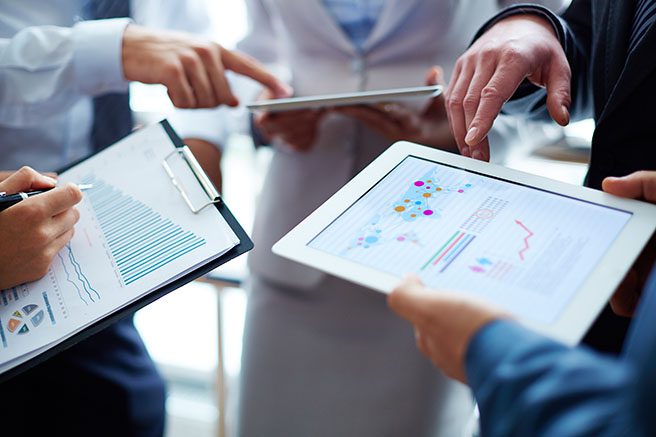 Key points in this release

Mark Calvetti, Director of Corporate Advisory, says this is based on William Buck’s experience with a number of transactions in the Australian market, corroborated with further research.

These returns are in line with the returns by these groups based on a survey carried out by Pepperdine Capital Markets in the US, which highlighted that the target rates of return by VC investors ranged between 25%-45%, with considerably higher expected rates for seed to early stage investments (30% to 45%); reaching as high as 38% to 60%. Bank loans had the lowest average rates of return (3-6%).

Refer the chart below for expected rate of return as per the Pepperdine Capital Markets report 2018: 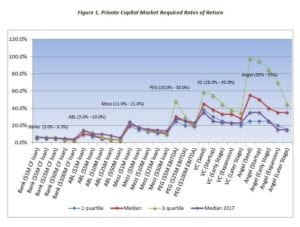 Mark Calvetti, Director of Corporate Advisory says expectations depend on funding type – with earlier stage investments having a higher expected rate of return.

“What the evidence showed us is that there’s a wide range of investment returns depending on the type of Investor and stage of investee business. Angel investors – seen at the earliest investment stage – are receiving the greatest returns, generally due to the greater perceived risk,” says Mark.

In 2018, the top Australian deals were dominated by software and biotechnology, coinciding with global trends, which were led by healthcare & biotechnology businesses (39% of target investments), followed by information technology (32%).

“Most VC investments are seen in the seed, start-up or early stage businesses, with each VC investors making an average of 2-5 investments in a year and, typically in the range of $1-$4 million – depending on the stage of the business being invested in.”

William Buck’s report also highlighted that the Capital Investment appetite is changing, both in Australia and across the globe; with a growing trend for mega-funds investing in late stage companies.

“There is a huge amount of VC activity across the globe. VC backed companies globally are projected to have raised approximately US$330 billion during the calendar year 2018. In comparison, that’s around 55.7% over the US$212 billion capital raised in 2017,” says Mark Calvetti.

“There’s also a growing trend for mega-funds investing in late-stage companies, with late-stage rounds continuing to grow as a percentage of VC investments,” says Mark.

“Historical data shows there’s a continued trend in Australia and globally of a declining number of deals, but an increase in average deal sizes, with globally the median deal size reaching US$40M.

“Contrary to the small investment size appetite of a VC investor, Australia’s recent investments have been dominated by few large size VC investments in software and bio-tech.” 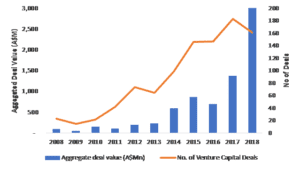 Mark Calvetti says for software and biotech entities, VC has been a great way for private business to take the next step.

Some of the top Australian transactions in 2018 included: Deputy – A Sydney based workforce management software company which recently raised US$81 million (A$111 million) in one of Australia’s largest Series B round; Clinical Genomics – A US based bio-technology company specialising in colorectal cancer (CRC) diagnosis raised A$33 million in series B round – essentially in convertible notes.

“Australia’s climate remains strong for biotech, with favourable R&D incentives. Also aiding Australia is their proximity to China, with Chinese companies representing eight of the top 10 deals globally, especially during the first half of calendar year 2018.”

“When it comes to accessing funding, the type and source of capital depends upon various factors relevant to the individual requirements of each lender type – including stage of business, amount of funding required, expected rate of return, outlook of the business and other things such as the value-add of lender experience.” Mark says.

Mark says the aim of William Buck’s report was to fill the gap for their clients who, when seeking funding didn’t know what rates of return an investor wanted.

The report also discussed the preferred exit strategies for VC investors. Selling out the investment to another public company was at the top of the list, followed by selling to a private company and IPO’s.

“Experience shows us that investors want a clear exit plan. Private business owners need to ensure succession planning is worked out at the beginning of their contract.”