A first of its kind fintech startup developed by key players in the Melbourne tech scene, will assist Australians to seek help with their bills.

Lead by Andrew Ellett and Adam Barty of full-service Melbourne digital agency Revium, HelpPay has opened its seed capital raise to sophisticated and wholesale investors only at $2.4m, with funds to go into further product development, talent, and on-boarding service providers. The first-round capital raise is expected to close in February.

HelpPay enables people to securely share their bills with family and friends, facilitating a direct transaction between the person helping their loved one and the provider of services such as utilities, insurance and telecommunications.

The technology alleviates the concern that a direct cash transaction to the person in need may be misspent.

Customers can send a link with the details to friends and family via text or social media to request help with their entire bill or a portion. Only core details of the bill are visible to the recipient, with the app built to the highest security, data and privacy standards.

Service providers that partner with HelpPay and embed the service as a payment option into bills and reminder notices.

Partnering enables providers to connect with the platform, user interfaced with an app, via  API technology so that bills appear automatically for customers.

The platform was borne out of discussions with people that paying a loved one’s bill after they’d lost their job was much harder than it needed to be.

“HelpPay and its supporting technology is driven by a core belief that ‘helping should be easier’,” said Andrew

“This year has been incredibly tough. We’ve all known a friend or family member that’s struggled financially which then causes mental and emotional stress. And of course, challenges with paying bills aren’t unique to the last 12 months.”

Both Andrew and Adam are incredibly passionate about their innovative technology that destigmatises the act of asking for help through providing a platform that coordinates  help.

The co-founders undertook extensive research during the initial development stage to ascertain the app’s potential, with 70% of those surveyed saying they would pay a family member’s bill if asked.

Andrew said it offers vast opportunities in terms of how and who it can help.

“HelpPay can facilitate the sharing and payment of any bill. Even when a provider is unpartnered”.

HelpPay enables us to remove the barriers to helping and some of that stress for the people we care about,” said Andrew.

“It offers a way for parents to help their children as they move into adulthood, as well as older children to assist their elderly parents, right through to friends helping friends that are going through a rough patch. We also believe HelpPay can help separated families focus on supporting their children, and domestic abuse victims that might be struggling financially after leaving their partner.”

Nearly a third of Australians were late paying a bill last year, with several large providers writing off more than $150m in debt, impacting on their net revenue and share price.

These numbers are expected to remain similar or even increase this year with the winddown  of JobKeeper and other stimulus measures.

Meanwhile, customers are raising the bar in terms of what they expect from their providers around corporate social responsibility. The impacts of coronavirus have only accelerated this shift and shareholders are now just as socially minded.

HelpPay can assist the most vulnerable in the community, while simultaneously improving the bottom line of partnered providers and supporting their reputation as socially conscious corporates.

“HelpPay is being launched during a global health crisis with significant economic impacts locally and globally. Despite this, the platform solves existing problems notwithstanding the current market conditions.”

“In Australia alone, over 700 million bills are distributed to households annually with even those earning above $100k failing to pay their bills on time last year,” said Tony.

“At its core, HelpPay has reimagined debt and payments and satisfied the functional, cognitive and emotional needs of both the helper and customer, addressing the previously binary relationship of debt,” he continued.

William Buck’s Corporate Advisory Team has extensive experience working with clients to identify new growth opportunities. Over the last five years, the team has managed over $2 billion worth of transactions across Australia. 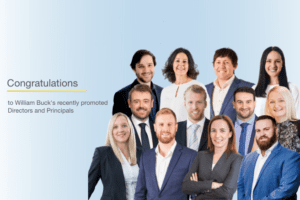 William Buck has announced four internal promotions to Director and seven to Principal from 1 July, to... 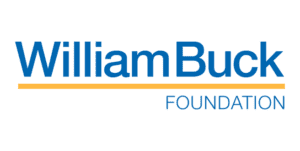 As part of our 125th anniversary celebrations, William Buck has announced the establishment of the William Buck...

As part of its strategy to substantially increase its NSW Audit capabilities over the next five years,...