Insights Teachings from my Father I bring to the boardroom 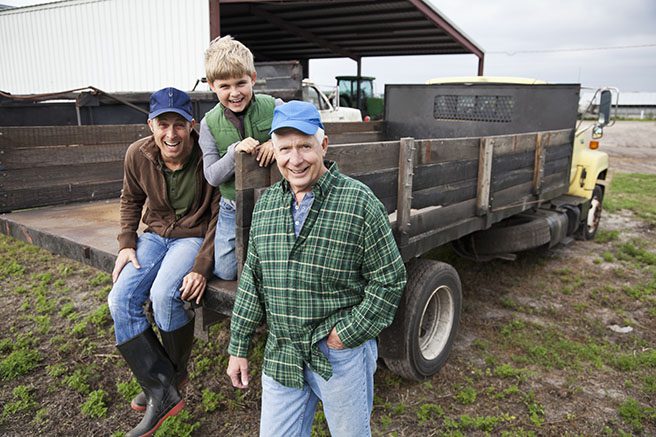 Teachings from my Father I bring to the boardroom

For many of us, our fathers are our first teachers and the pillars of our values.

This Father’s Day, we asked some of our William Buck Directors, to share the lessons they’ve brought from their fathers to the boardroom.

#1 Pursue objectives in the best interest

Dads often want for their kids, what they didn’t have for themselves.

“My Dad didn’t get the opportunities that many of us take for granted today and because of that he wanted more for his five children,” says Janine Williamson, Director of Wealth Advisory in South Australia. 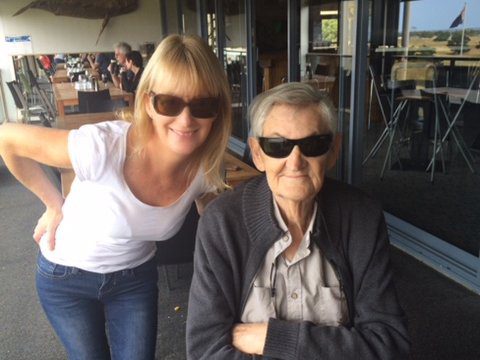 Janine whose late father lived through the Great Depression and World War II, struggled in life; being one of twelve children and leaving home at sixteen.

“He was very passionate in his beliefs and spent his life trying to instill those in us.”

Janine says every few months, her father, as Chairman, would hold family meetings – they even kept a meeting book, which she looks back on fondly today.

“At these gatherings we would put forward requests and suggestions, which would be voted on democratically.”

Janine recalls that voting democratically meant that sometimes her father was out ranked.

“A local fete was being held and Dad advised that the local politician was not favoured by him and he preferred that we didn’t go, but the decision was ours.”

For many of our Director’s, education was a primary focus in their childhoods, this was closely linked to hard-work and ethics.

Nick, whose father was a migrant factory-worker, was no stranger to hard-work.

“He told me, never take shortcuts, never take advantage – he was always very clear about that.”

Nick recollects the time he broached the idea of a gap year with his father, whose family worked long hours in their shop.

“He showed me his hands,” says Nick animating his father’s actions.

“These hands are for you, they will keep working for you, but only as long as you put in the work too,” Nick recalls.

Janelle Manders, Director Business Advisory in Queensland, reminiscences about her first work experiences at the tender age of eight with her late Dad (also an accountant).

“Numbers and hard-work have been the pillars of my success, just like they were for Dad. From an early age I’d go into work with him on a Saturday morning.  He’d set me up at a desk, I was allowed to use the adding machine but not allowed to look or touch anything else!”

“This gave me a real love of numbers. Dad provided me with the support to have the career I wanted, and be the person that wanted to be,” says Janelle.

“I understood that the harder you worked, the more successful you became, and that work doesn’t stop at 5.00pm on a Friday.”

Understanding the value of things is another common lesson taught to our directors from their dads – both in monetary terms and in the value they bring to others.

Fi Slaven, General Manager in Victoria, says her late father was a bank manager. From an early age, she had to put at least half of her pocket money into her bank account.

“Dad made us fill out the paper work and go into the bank to make the deposit. There was no preferential treatment and it was some of the ways he got us to understand the value of money,” says Fi.

Fi also learnt the value of giving back to the community through her dad’s ethics.

“We grew up in the country and my Dad was big on community service through Scouting. He was also a very active Rotarian, he was awarded a Paul Harris fellowship – the highest and rarest award an individual Rotarian can receive.”

“These values have been passed on to me. I was also in Scouting and now spend considerable time volunteering for several organisations. These values are very aligned with William Buck’s Changing Lives philosophy, which resonate with me both professionally and personally.” 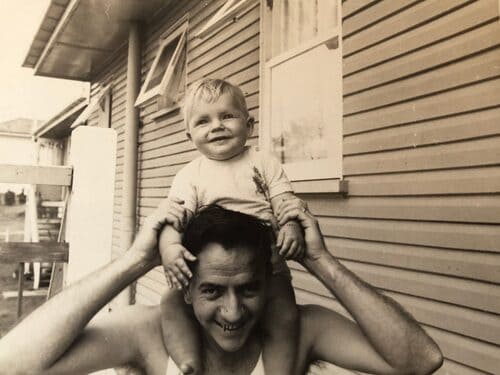 Janelle too says her father’s ‘hobby’ of actively helping in their community rubbed off on her.

“Virtually anything we were involved with, Dad became treasurer of and it’s this belief in community and helping out that I still continue today.”

“His generosity of time and spirit made anyone he met a friend; this is something I  aspire to.”

Aspiring to make everyone a friend is a lesson also learned by Nick, passed on from his father.

“My Father taught me to always say hello.”

Nick says the concept is that you should never avoid anyone – even an enemy.

“It doesn’t cost you anything to acknowledge others, if you don’t, it’s your own self-worth that loses. When you walk down the street, you want to be able to hold your head high – not look down ashamed by something you’ve done.”

Kindness extends to what your willing to give, an important concept in Nick’s family.

“Being Greek, my Father quoted many Greek metaphors. The main one was, if you want to arrive at the dinner table to eat, be prepared to put something on it. Meaning, if you want to keep turning up to the table, you must give, or help prepare… otherwise people will eventually get sick of you!”

In speaking with our Director’s, honesty and truth emerged as common themes.

When asked what inspires him in the boardroom, Mark quoted his School motto “Veritas Vincit” – translated from Latin, it means “Truth Conquers.”

This lesson, was not only the principle of his catholic education at Aquinas College, but the backbone of his education at home.

Mark’s own father has dedicated a significant part of his life to community service and was awarded an Order of Australia Medal in 2018 in recognition.

“In my formative years he provided many guiding principles” says Mark.

Mark recalls one lesson repeated many times over the years.

“Remove ambiguity when finding out what the truth is – not what everyone thinks it is.”

“If you are receiving different versions of stories from different  people– then have all those people in the same room, at the same time. Then you will find out the truth,” Mark says.

“Do almost all of your due diligence on the people rather than the numbers in a merger or takeover,” says Tom. 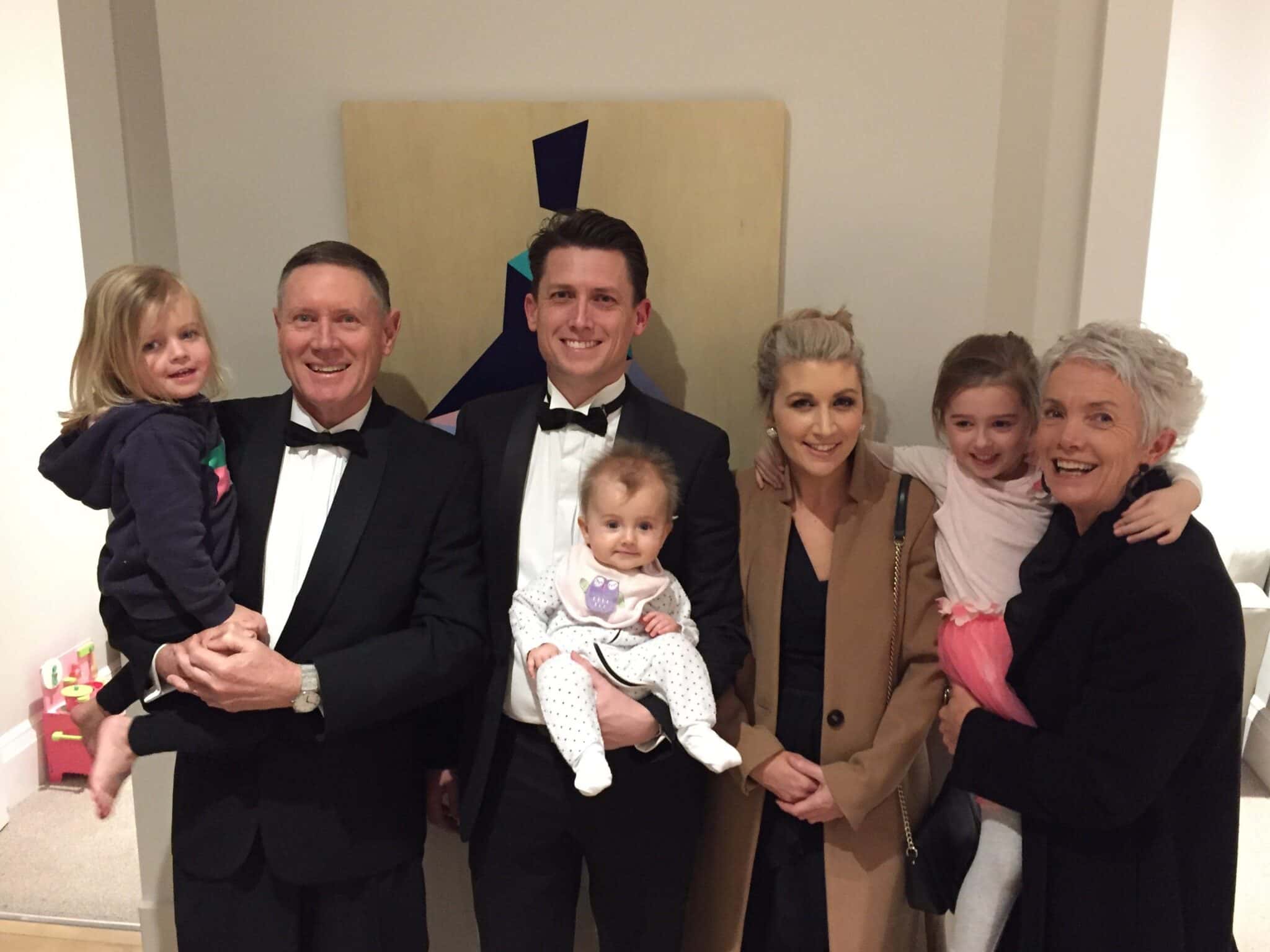 #6 Look at the big picture

Tom says the most common phrase – and useful lesson – from his father was ‘don’t sweat the small stuff.’

“My Dad said try and focus on the big picture and don’t let a meeting or task get bogged down in detail.”

“I often find myself resetting to that point where I ask myself the question – what are we achieving here?”

In summing up, there is one Isaac Newton quote that rings true for all our fathers, which Janelle gleefully quotes.

“If I have seen further than others, it is by standing upon the shoulders of giants.”

And it’s that foresight and perspective which makes great leaders.