Insights What does Labor’s negative gearing mean for me? 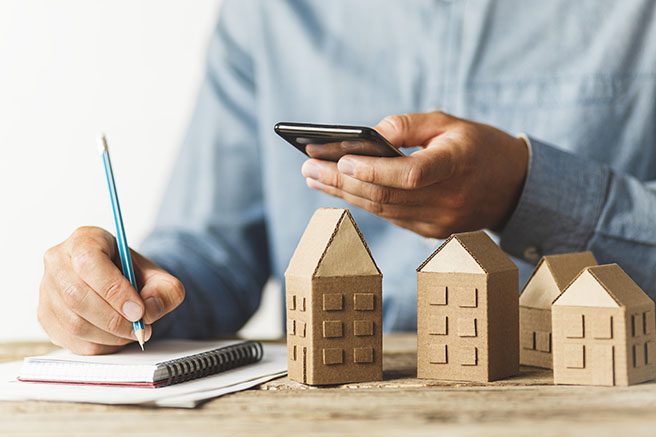 What does Labor’s negative gearing mean for me?

Reform to negative gearing is one of the key tax policies of the Labor Opposition, and should they be elected into government at the next Federal election, this will be one of the first tax changes that they seek to make.

Labor’s stated objective with these changes is to improve housing affordability, in particular for first home buyers. The change is also forecast to raise significant tax revenue.

Putting aside whether you support the policy or not, the broader question is whether this is good tax policy.

I would argue that the existing tax laws already contain a framework for tackling the issues that Labor is seeking to tackle. Leveraging the existing tax laws, rather than creating new laws, should produce a more flexible and less complex system which better achieves the targeted tax outcomes.

It is also likely that the policy would have unintended flow on consequences if it is implemented without further refinement.

What is being proposed

Based on Labor’s website, the change would be to restrict negative gearing of property investments to new residential properties. In conjunction with this, the 50% CGT discount would be changed to a 25% discount for all assets (property and otherwise) except small business assets.

“Labor will limit negative gearing to new housing from a yet-to-be-determined date after the next election. All investments made before this date will not be affected by this change and will be fully grandfathered.

This will mean that taxpayers will continue to be able to deduct net rental losses against their wage income, providing the losses come from newly constructed housing.

From a yet-to-be-determined date after the next election losses from new investments in shares and existing properties can still be used to offset investment income tax liabilities. These losses can also continue to be carried forward to offset the final capital gain on the investment.”

It is understood that this change will only apply to individuals, trusts and partnerships, but not to companies.

Whilst on first glance the policy appears to only impact property investments, it is understood that it is to apply to all classes of investments in totality. So, for example, if the total deductions related to investments exceed the total investment income, the excess will not be able to be used to offset against non-investment income.

In relation to the 50% CGT discount:

All investments made before this date will not be affected by this change and will be fully grandfathered.

This policy change will also not affect investments made by superannuation funds. The CGT discount will not change for small business assets. This will ensure that no small businesses are worse off under these changes.”

The discount of 33% available to superannuation funds would not change. Companies cannot access the 50% CGT discount and so would be unaffected by this change.

There is no negative gearing law

The first thing to remember is that there is not a negative gearing law as such. Negative gearing is an outcome of the general tax laws. All taxpayers are entitled to deduct expenses that they incur in gaining or producing their assessable income. The income does not need to be earned in the same year as the expense is incurred – it can be earned in an earlier or later year and the expense can still be claimed as a tax deduction in the year that it is incurred.

Does negative gearing create a bias to residential property investments?

The tax law is “investment class agnostic”. It does not matter what you invest in, you can claim a deduction for the interest on the borrowings that fund the investment if there is a sufficient connection to the production of income that is going to be taxed.

Likewise, the 50% CGT discount does not discriminate between types of investments.

So at least at a tax policy level, neither negative gearing or the 50% CGT discount creates a bias to residential property investments. Will changing these tax laws achieve the policy objective of improving housing affordability?

Perhaps it is the nature of residential property investment, combined with the tax laws, that creates the bias.

Gross rental yields tend to hover around the 3% – 5% range. Average capital growth on residential property is between 5% and 10%, depending on locations. Interest rates, which are at record lows, are around the 4% – 6% range. Using these numbers, a highly geared rental property with associated expenses (such as land tax, agent fees and maintenance) is unlikely to make a profit from rental income. The investment return is achieved through the capital growth. Being able to offset the losses made each year against other income and then get a reduced tax rate on the future capital gain is quite attractive.

Just from a tax perspective, other asset classes with a higher income yield and lower capital growth are not going to be as attractive.

There are some aspects of the tax laws that do create a bias towards property investment. An example is the ability to claim a deduction each year for 2.5% of the construction cost of a property. This can make investment in new property more attractive (from a tax perspective) than other classes of investment.

The fact that there is no negative gearing law makes implementing this proposed change more challenging.

Labor will need to create a new set of definitions and distinctions in the tax laws in order to achieve their desired tax outcome.

Firstly, there will need to be a definition of new residential property. It would make sense to adopt the definition that is used for GST purposes, which would capture both newly constructed and substantially renovated properties. But the delineation between new and old, residential and non-residential, is often up for debate. This adds complexity into the tax system.

Grandfathering the treatment of existing properties is justifiable on an equity basis as taxpayers have acquired these properties on the basis of existing tax laws and should not be penalised for a subsequent change in the tax laws. However this also creates a bias in the market, as investors will now factor in the loss of these tax benefits in deciding whether to hold or sell a property. Potentially investors will hold property investments that they would have otherwise sold, which reduces the supply of properties into the market.

Perhaps the most complex of the changes to implement will be those required to limit the classes of income that the negative gearing losses can be offset against. It is not simply “wage income” that losses cannot be offset against. To be equitable, the policy would need to apply to all types of employment type income regardless of form. This would include income earned by independent contractors. A review of the history of Australia’s tax laws quickly reveals the disputes that arise when distinctions are made between different types of income. We need to learn from history and not repeat the same mistakes.

The proposed change does not apply to debt used to fund investments in businesses, and nor should it. The Labor party is seeking to support the creation of jobs, which means supporting investment in businesses that will employ people.

The carve out of small businesses from the changes to the 50% CGT discount is one example where this is being recognised. However, “small business” in this context is not defined. Labor has historically regarded businesses that turnover less than $2M as “small” for tax purposes. If the objective is to create jobs, then these are not the optimum businesses to target a concession at.

The concept of a small business should be aligned with the reduced company tax rate – i.e. $50M turnover. This threshold is high enough to capture a large number of Australian owned SME businesses that are substantial employers throughout Australia. It also means that the tax policy is not an impediment to growth for most of these businesses. Growth creates more jobs and more value, but if growth means that the owners tax on sale is double, perhaps they will reconsider their growth strategy.

We need to be careful that the tax laws do not create a “cliff” for growing businesses. If growing a business is going to mean loss of CGT concessions and an increase in the tax rate on profits, then this will become an impediment to growth. Where the thresholds are set at a higher level, there will be fewer businesses that will be “at the margins” and those that are, will have a greater financial capacity to deal with the different tax outcomes.

Even making this distinction is going to require amendment to the tax laws, creating further complexity and reason for disputes.

If this policy is to be pursued, perhaps an alternative approach would be more effective. It does not grab headlines the way a “change to the tax laws” does, but it should achieve the desired tax outcome with less complexity and more flexibility.

Why not just require that the existing tax laws are applied?

There is no bias in the tax laws to residential property development. If negative gearing and the 50% CGT discount are creating a bias, it must come from the nature of the returns that are expected to be earned on the investment.

The existing tax laws, maybe with limited tweaking or more guidance from the ATO, seem capable of dealing with these issues. If a property is highly geared such that there is not a reasonable expectation of a profit from renting the property out, the existing laws provide a basis for limiting negative gearing deductions to the income earned from the property. If the only way that the property investment could reasonably be expected to be profitable is through a future capital gain, again the existing tax laws provide a basis for dealing with the issue.

The existing tax laws already contain a framework for tackling the issues that Labor is seeking to tackle. Leveraging the existing tax laws, rather than creating new laws, should produce a more flexible and less complex system which better achieve the targeted tax outcomes. 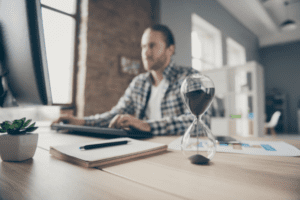 Time is running out to register your .au domain

Australian businesses and residents can now purchase a ‘.au’ domain for their website address. While this has... 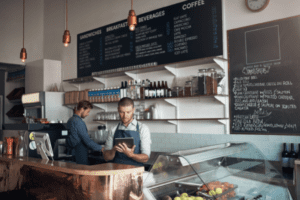 Employer obligations and the CFO